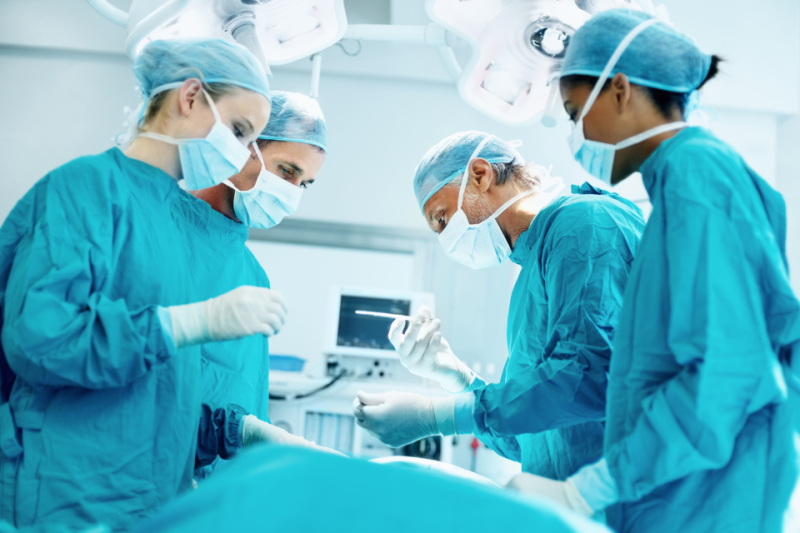 Through a novel peer coaching initiative, Duke neurosurgery residents have an outlet to process their experiences in residency and learn strategies to help them cope with the challenges of graduate medical training. The initiative also gives clinical psychology doctoral interns in Duke Psychiatry & Behavioral Sciences an opportunity to hone their skills in coaching, building connections with peer trainees, and facilitating small groups.

In the neurosurgery collaborative peer coaching project, clinical psychology doctoral interns conduct monthly peer coaching group sessions with first-year neurosurgery residents, as well as one-on-one sessions as requested to delve more deeply into areas of individual concern. The residents propose the session topics, which have included themes such as striving for excellence versus perfection, maintaining a work/life balance, and navigating difficult patient and supervisor interactions, to name just a few.

The program has evolved since its inception in 2018, when Duke psychology graduate students were informally paired with individual neurosurgery residents at various points in their training for one-on-one peer support. After a few iterations, it’s now a group-focused elective rotation option for clinical psychology doctoral interns and is tailored to first-year neurosurgery residents. This year, two interns—Nicole Arrato, MA, and Erinn Savage, MS—are participating in the rotation.

The peer aspect of the support is critical, says McLean Pollock, PhD, MSW, an assistant professor of psychiatry and behavioral sciences who co-leads the program with associate professor Laura Weisberg, PhD, and professor Jane Gagliardi, MD, MHS. “The residents are receiving coaching from someone who’s close in age, who’s also going through intensive training in the healthcare arena, and who brings some shared experiences and some similar feelings, whether they’re related to the stressors or the joys of their work,” said Pollock.

It’s important to note that the interns aren’t acting as counselors or therapists, says Gagliardi. Rather, through the coaching, they share tools and tips for getting through challenging times in a positive way.

“Something that makes this program different from some other wellness or resilience programs is that instead of relying only on positive psychology, it also validates the experiences of individuals, while encouraging them to develop relevant skills.”
— Jane Gagliardi, MD, MHS

“Something that makes this program different from some other wellness or resilience programs is that instead of relying only on positive psychology, it also validates the experiences of individuals, while encouraging them to develop relevant skills,” said Gagliardi. The sessions help residents build skills in leadership, interpersonal communication, and distress tolerance, as well as how to optimize awareness of bodily sensations and practice mindfulness in small doses.

Neurosurgery resident Samantha Spellicy, MD, PhD, says the collaborative coaching has forced her to be reflective about her time in residency. “I wouldn’t have made time to sit and talk about a lot of the topics we cover if it wasn’t for the organized meetings,” she noted.

The sessions also help keep her grounded, given that she spends most of her time in a hospital setting with other trained medical professionals. “When we start describing our days and use acronyms, our collaborative coaches make us stop and define or explain things,” she said. “It really does make me realize how insular our lives are sometimes in our work and how much we’ve actually learned already through our training.”

The program is offered to neurosurgery residents in part because of the intensity of the training and the uniquely challenging nature of the work. “A doctor goes into neurosurgery having to accept the reality that, despite all of their training, their patients—who are often extremely sick—will at times have really bad outcomes,” said Weisberg. “I can only imagine the courage that it takes to do that kind of work. How does a person cope with that? Because one needs one’s defenses, and yet one doesn’t want to lose one’s humanity.”

Weisberg introduces the psychology interns involved in the rotation to the book, Building Resilience in Neurosurgical Residents: A Primer, by Gary Simonds, MD, and Wayne Sotile, PhD, to help familiarize them with the challenges neurosurgery residents typically face and strategies to promote their emotional well-being.

The initiative benefits from the steadfast commitment of the Department of Neurosurgery educational leadership, including Michael Haglund, MD, Duke Surgery Distinguished Professor of Neurosurgery and residency program director, and Kate McDaniel, MSW, PhD, director of educational initiatives for the department.

Weisberg says Haglund was one of the main drivers behind the program, recognizing early on how this type of support can benefit neurosurgery residents. Pollock, Weisberg, and Gagliardi work closely with McDaniel to integrate the peer coaching sessions into the residency program structure so the residents don’t have to carve out additional time in their already-full schedules to attend the sessions.

McDaniel says it’s been gratifying to partner with Pollock, Weisberg, and Gagliardi on the project. “The passion and dedication they have brought to the program is second to none,” she noted. “Their thoughtful approach has created a nurturing environment for both the psychology interns and neurosurgery residents.”

Child & Adolescent Psychiatry Fellows Meet Children Where They Are: In Schools