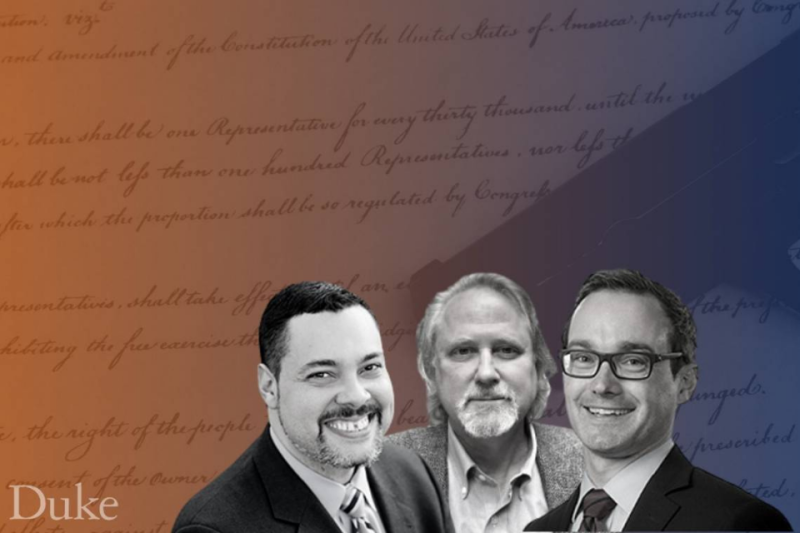 The U.S. Supreme Court will hear a Second Amendment case Nov. 3 bringing massive implications for the decision-making process used to decide whether a person can carry a gun in public.

It will be the first major Second Amendment case at the nation’s highest court since the landmark District of Columbia vs. Heller case in 2008, when the court struck down a Washington, D.C., ban on handgun ownership in the home.

Three Duke experts—Joseph Blocher, JD, and Darrell Miller, JD, from the Duke School of Law, and Jeff Swanson, PhD, from the Department of Psychiatry & Behavioral Sciences—spoke Monday about this week’s case, New York State Rifle & Pistol Association v. Bruen, its implications for the ability of states to regulate guns, and the possibly shrinking role evidence-based research might play in gun-permitting decisions.

The three scholars spoke to journalists in a virtual media briefing. Watch the briefing on YouTube or read excerpts from the briefing.