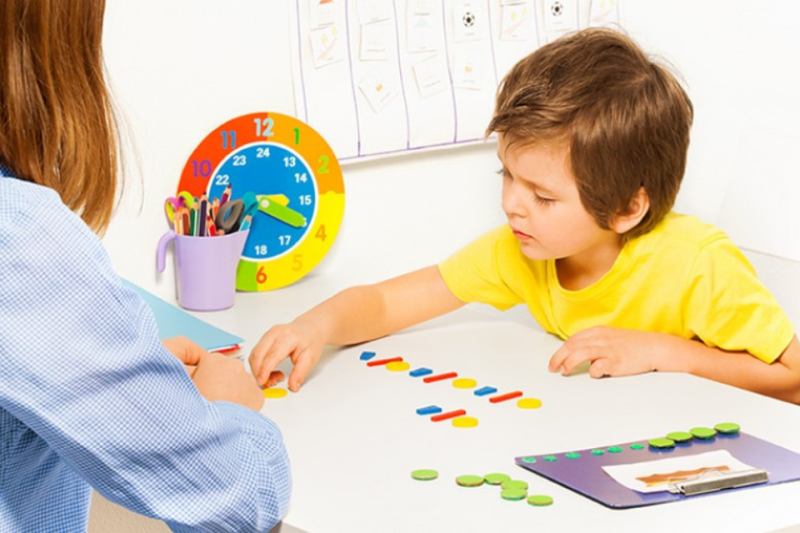 The Duke Center for Autism and Brain Development has been awarded a $12 million federal grant to develop artificial intelligence tools for detecting autism during infancy and identifying brain-based biomarkers of autism.

The grant, from the National Institute of Child Health and Human Development, extends the Duke Autism Center of Excellence research program for an additional five years.

Geraldine Dawson, Ph.D., director of the Duke Center for Autism and Brain Development and professor of psychiatry and behavioral sciences, will lead a team of researchers that includes Duke faculty from psychiatry, pediatrics, biostatistics and bioinformatics, computer and electrical engineering, and civil and environmental engineering.

“We are thrilled to receive this award, which allows Duke to remain at the forefront of autism research,” Dawson said. “Our goal is to use advanced computational techniques to develop better methods for autism screening that will reduce known disparities in access to early diagnosis and intervention.”

In a project led by Dawson and Guillermo Sapiro, Ph.D., professor of electrical and computer engineering, researchers will test a digital app, used by parents at home on a smart phone, to videotape young children’s behavior and interactions with their caregivers. Artificial intelligence will automatically code the videotapes to identify behavioral characteristics of infants and toddlers who are later diagnosed with autism and track their development.

A second project, led by Benjamin Goldstein, Ph.D., associate professor of biostatistics and bioinformatics, and Gary Maslow, M.D., associate professor of psychiatry and behavioral sciences, will use artificial intelligence to analyze 260,000 health insurance claims, including those from 6,000 children diagnosed with autism, from birth to 18 months.

That data will be used to develop an algorithm to predict autism during infancy and identify the nature of early medical conditions associated with a later diagnosis of autism. Based on the algorithm, a team led by Lauren Franz, M.D., assistant professor of psychiatry and behavioral sciences, will develop support tools to help primary care providers screen and guide patients.

The third project, led by Kimberly Carpenter, Ph.D., assistant professor of psychiatry and behavioral sciences, and David Carlson, Ph.D., assistant professor of civil and environmental engineering, will use artificial intelligence to monitor brain wave activity, which is synchronized with videotaped behavior of three- to six-year-old children diagnosed with autism. The data will be used to identify brain networks associated with behaviors characteristic of autism.

The Duke Center for Autism and Brain Development has been an NIH Autism Center of Excellence since 2017. It is part of a trans-NIH initiative that supports large-scale studies on autism spectrum disorders with the goal of determining autism's causes and potential therapies.